We are launching a new campaign: #ourwomen

You don’t have to look far to find that women are a lever to growth and prosperity. Back in 2007, Goldman Sachs (an investment bank) unveiled that closing the gap between female and male employment could boost the gross domestic product (GDP) of the United States by 9% and the eurozone countries by 13%. In a more recent report, in 2019, the investment bank estimated that Japan – the third largest economy in the world – could improve their GDP by 10%, by reducing its gender gap. 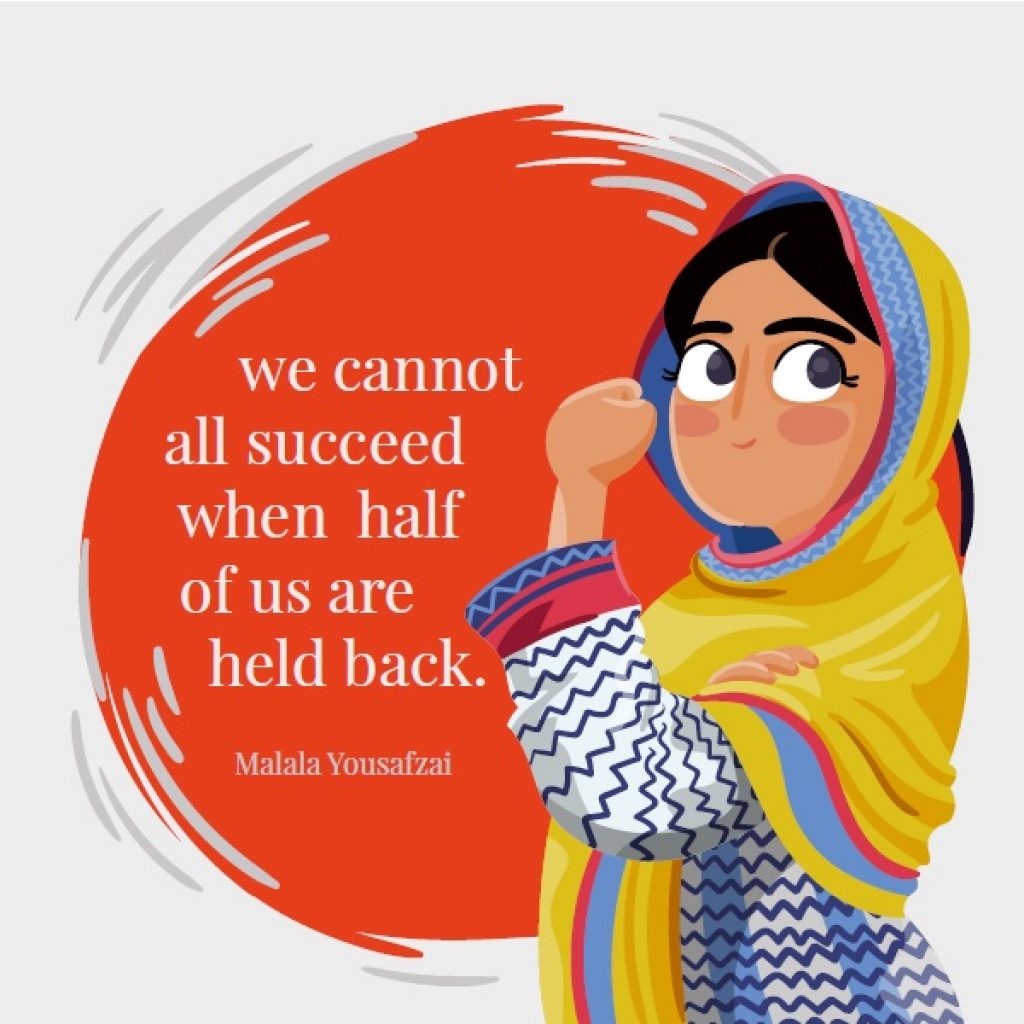 If that is true, imagine how much African countries would win if they closed the gender parity?

Indeed, over the last decades there has been a lot of progress in closing the gender gap in Africa. But, there is still a lot of work to do. In the World Economic Forum’s Gender Gap Report (WEF GGGR), The AEF team found that many African countries rank behind in terms of gender parity. This, we believe, is strongly due to challenges such as female educational attainment and workforce participation.

Over the next few weeks, we will be taking a closer look at the progress of #ourwomen in Ethiopia, Ghana and Zimbabwe.

The bubble chart below illustrates the respective country’s average GGGR ranking in relation to their average GDP growth rate in percentage (2015 – 2018). The scale of the bubble represents the female population size. 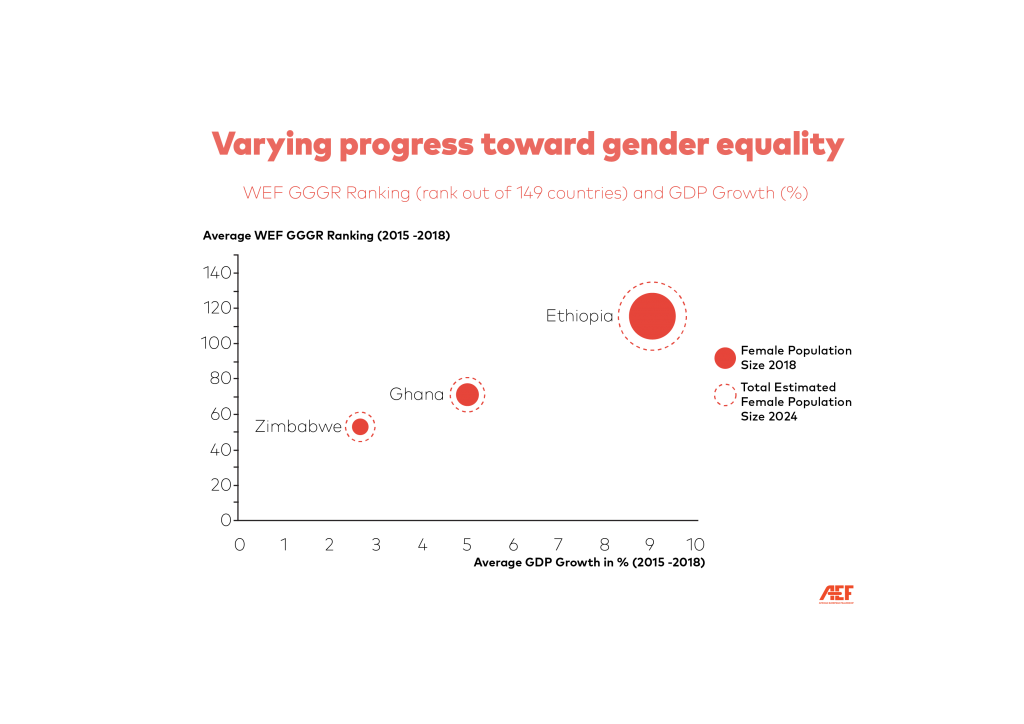 Based on the bubble chart above, the AEF team has identified four potential trajectories which Ethiopia, Ghana, and Zimbabwe can take. These will be further elaborated during our campaign. But, here’s a first look:

This is our best-case scenario. Champions showcase both high growth in GDP as well as improvements in their GGGR Ranking. To become a champion, a country needs to find innovative ways to improve their nationwide literacy and school enrollment rates as well as access to work for females.

This is our worst-case scenario. College Dropouts show a decrease in GDP as well as deteriorating GGGR ranking. A Dropout enforces poor economic and social policies, and does not make any use of their female talent pool. Simultaneously the slow GDP growth and uneven distribution of wealth widens the gender gap and pauses progress.

Countries that are Graduates have fast growth in GDP, but a deteriorating GGGR rank. Despite the economic growth, wealth is mainly concentrated, and the social infrastructure is fragile and male-dominated.

Countries that are Late Registrations have a decrease in GDP but show significant improvements in GGGR ranking. Such countries may lack resources and must therefore learn to utilize the full potential of their women to navigate through modern, international markets. 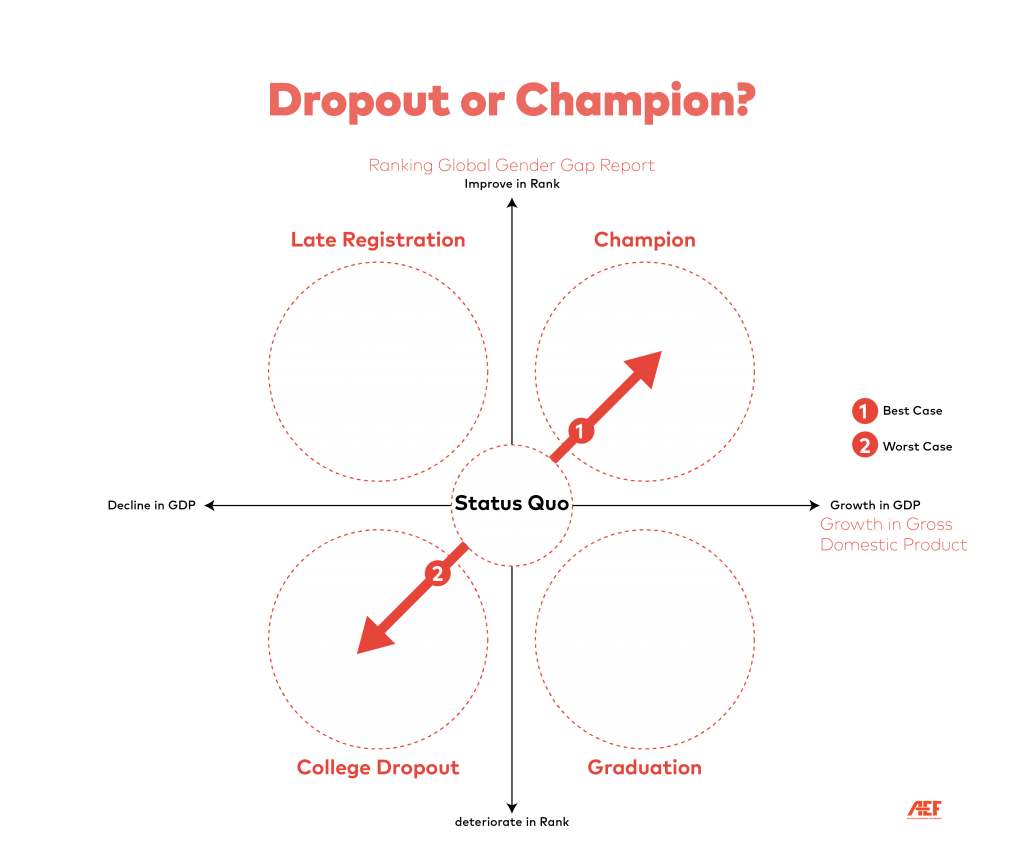 Indeed, women are Africa’s biggest opportunity. With our campaign #ourwomen, we hope to see every country in Africa move towards becoming a Champion. A champion in economic growth and gender equality.

We look forward to launching this campaign with you!

Our community shared valuable resources and opinions around female education attainment and labour participation. If you would like to see the engagement of the full campaign, explore the #ourwomen on Instagram or reach to us via e-mail.

I was born in Togo, but grew up in Germany. I am passionate about International Relations. 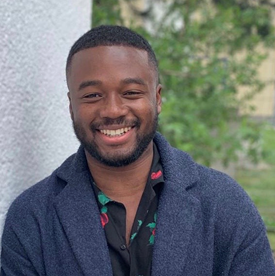 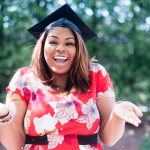 Why is education for females so important?Uncategorised 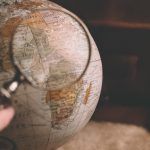