Does a "pact for the continuation of colonization" really exist?

This post, originally published on November 24, 2019, will be updated as the team’s
research evolves. The blog will track historical developments in Africa and link them to the
latest issues on the continent today.

On June 10, 2019, students, businesses, and government officials were welcomed to the
HBCU African Homecoming Media Launch , in Washington DC. Amongst the speakers was
the former African Union Ambassador to the United States, Dr. Arikana Chihombori-Quao.

In her keynote [Minute 37:00], Dr. Chihombori-Quao offered a history lesson on the legacy
of colonization. The discussion entailed the roots of Africa’s destabilization from the Berlin
Conference and visions for the future of the continent. Dr. Chihombori-Quao also outlined
French colonial policies, discussing the controversial “pact for the continuation of
colonization”, the french colonial tax on Africa (that supposedly nets France about $500
billion each year), and a number of different coups d’états.

Dr. Arikana Chihombori-Quao is very outspoken about neo-colonialism and the exploitation of Africa. On October 7th, 2019, Ambassador Quao was relieved of her position. Many claim her removal from office was unjust. Since November 2019, more than 93.000 people have signed a petition on change.org demanding her reinstatement in office.

Is all THIS true? What is this series about?

In January 2019, Luigi Di Maio, the Italian foreign minister, placed the blame for the European migration “crisis” on the French-backed currency known as the C.F.A. franc that is used by 14 nations in western and central Africa. He accused France of using the currency to exploit former colonies.

It has been a challenge to find reliable and credible sources that enforce and trace the claims by persons such as the former African Union Ambassador to the US as well as the Italian Foreign Minister.

Therefore, in the upcoming months, the AEF team, will be researching, exploring and investigating the independence of different African countries. In doing so, we will try to answer the following questions: 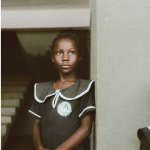 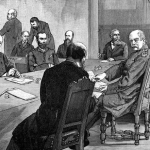