Western Togoland remained under British control up until the second World War, when the political situation changed. It became then a United Nations Trust Territory still under administration of Great Britain. During the period of decolonisation in Africa the United Nations called for a plebiscite on the future of western Togoland, whether it would become independent or join in a union with the Republic Ghana. Organised by Great Britain, the plebiscite pointed towards union with Ghana and upon the independence of the State of Ghana in 1957, Western Togoland was incorporate into the new State. 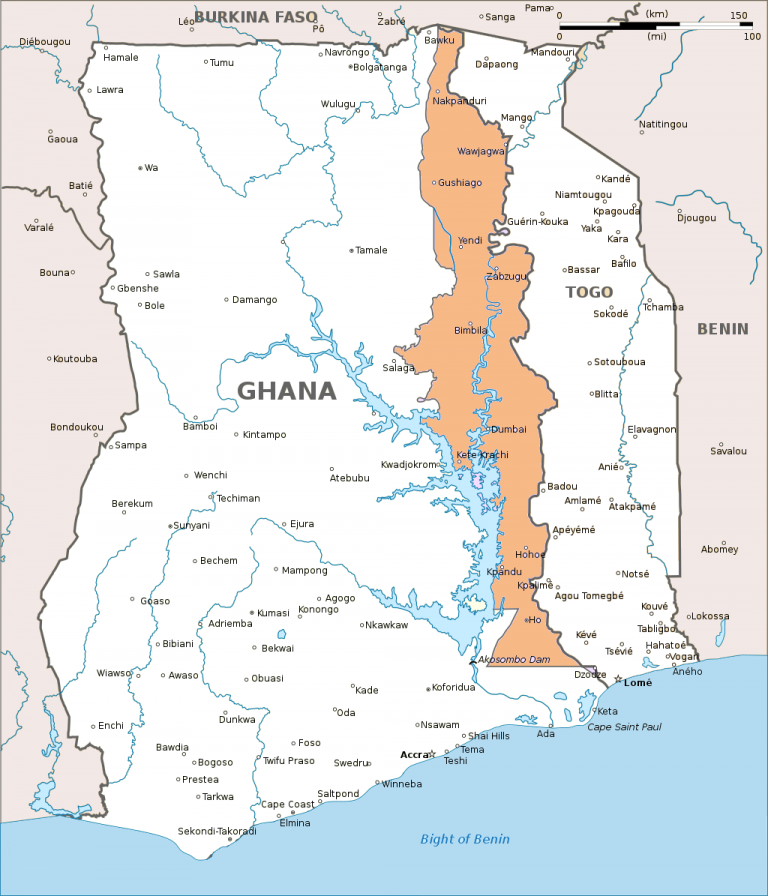 Western Togoland (orange) within the Republic of Ghana

On May 9, 2017, the Homeland Study Group Foundation unsuccessfully tried to declare the independence of Western Togoland, which became afterwards a member state of the Unrepresented Nations and Peoples Organization (UNPO). On September 25, 2020 secessionists, under the leadership of Charles Kormi Kudzordz declared sovereignty of the area and demanded Ghanaian Security forces leave the Volta Region (south region of Western Togoland) after attacking several police stations. The increasing interest for independency is due to the poor economic situation. To this extent, it is important for citizen living in Western Togoland to have an equal chance to develop, both socially and economically because under-development and low investment in Western Togoland is the norm. Many roads in this region are degraded which has led the overall progression of the territory being severely compromised. Most of the districts in Western Togoland rate below average development in Ghana.

The clashes between the Republic of Ghana and the western Togoland has caused many injuries and deaths so far. Members of the Homeland Group Foundation were arrested and prosecuted with charges of treason and felony. However, the Ghanaian government seems not to take the movement serious, which is the reason there is no willingness to negotiate. It is important that the interests of the people in Western Togoland are heard, which points out the relevance to give all sides of debate the ability to speak without coercion, threat or misuse of the judicial system to silence advocates of independence.