A closer look at France and her colonies

A closer look at France and her colonies

At the end of the Second World War, one of the reasons France was able to claim a permanent seat at the United Nations Security Council was its colonial empire. With African independence this position could have been threatened, thus France developed a neo-colonial strategy towards its former colonies (Chatham House).

General Charles de Gaulle came to power in France in 1958, because it was thought that he was the only figure who could successfully solve the Algerian crisis (The International Institute for Strategic Studies).

About the French Union, the Algerian crisis, the Fifth Republic, and the French Community

A reorganization of the French Empire to implement the Brazzaville Declaration. It proved unacceptable to African nationalists as it established little in the way of self‐government and equality. It broke up following the creation of the French Community in 1958 (Oxford).
(Further reading: Foreign Affairs, article written by former President of the Ivory Coast in 1957; Study by the European Consortium for Political Research in 2000)

A movement for independence began during World War I (1914–18) and gained momentum after French promises of greater self-rule in Algeria went unfulfilled after World War II (1939–45). French forces managed to regain control but only through brutal measures, and the ferocity of the fighting sapped the political will of the French to continue the conflict (Britannica)

Was formed in response to the military rebellion in Algeria, in May 1958, which was directed more against the policies of the government in Paris than against the regime. The constitution of the Fifth Republic provided for a strong President whose powers, however, were shared with a Prime Minister answerable to a majority in the National Assembly (Oxford)

Was a political union superseding the French Union, established by France in 1958 (Oxford). It dealt with matters of foreign policy, defense, currency, economic policy, and education (Britannica). The referendum of September 28, 1958 on the Constitution of the Fifth French Republic gave Africans the choice between a privileged place  within The French Community or unfettered independence with a breaking of all links. Eleven of the twelve territories of French West and Equatorial Africa voted to remain with France, Guinea alone choosing immediate independence (Cambridge). By the late 1970s the association was defunct. Although the relevant articles of the constitution were not abrogated (abrogated in 1995), they were no longer applied, and the Community fell into oblivion (Britannica).
(Further Reading: World Digital Library, speech by former President of the Ivory Coast in 1958; US National Security Council Report of 1959)

At the moment of official decolonisation in 1960, General De Gaulle imposed, a package that tied France to the new states (Chatham House). The goal was to maintain and preserve France’s influence in Africa and the ability to ensure its supply of raw materials from these countries (The International Institute for Strategic Studies).

The agreements concluded with African states in the first year after decolonization were of the following kinds (The International Institute for Strategic Studies):

In accordance with the idea that power should exist but not be flaunted, French troop levels in Africa were progressively reduced from 58,500 to 21,300 in the two years following 1962, and again from 21,300 to about 6,400 from 1965 to 1970. Nonetheless, French forces were quite active during the early 1960s in attempts to stamp out internal rebellions which might lead to the disintegration of French influence (The International Institute for Strategic Studies).

Over a decade after independence some African states made plain their desire to revise the co-operation agreements they had signed in the first years after decolonization. In July 1972 Niger announced that it wanted to withdraw from its defence agreement with France and soon afterwards Togo, Congo, Mauritania, Madagascar, Cameroon and Dahomey all requested changes or cancellations of their agreements, arguing that it was time for the normalization of relations between France and her ex-colonies (The International Institute for Strategic Studies).

The military arrangements established between France and her ex-colonies assured France exclusive action in francophone Africa. Article 2 of the second annex of the defence agreement between France and Gabon, for example, stipulated that the “Gabonese Republic, in consideration of the help granted it by the French Republic, and in order to assure the standardization of armaments, engages itself to call exclusively on the French Republic for the maintenance and renewal of its materials” (The International Institute for Strategic Studies) 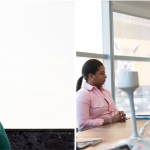